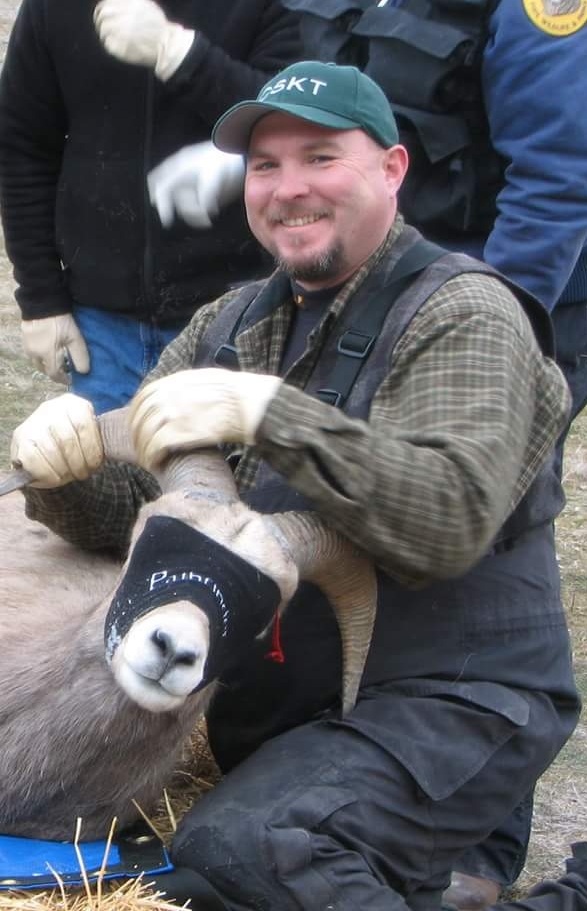 Stacy Courville grew up on the Flathead Indian Reservation and is a member of the Confederated Salish and Kootenai Tribes.  He attended the University of Montana.  He began his professional career in Wildlife Biology as a Student Cooperative Program student in with the United States Forest Service, Beaverhead National Forest in Dillon, Montana in 198.  He spent summers working there on range, wildland fire and wildlife projects. After completing his Bachelor of Science Degree at the University of Montana in 1991 he began work as the District Wildlife Biologist on the Dillon Ranger District, Beaverhead National Forest. While there he provided wildlife input on a variety of projects for the NEPA process, including prescribed fire, aspen regeneration, range management plans and a variety of similar projects. He also assisted other biologists in a large boreal owl monitoring program on the Forest as well as funding and assisting at Montana-Western with a northern goshawk research project on the Forest.

In 1995, Stacy left the Forest Service and began working for the Confederated Salish and Kootenai Tribes as a Wildlife Biologist, assisting in the preparation of environmental analyses for timber sales and range management projects. He also assisted other Tribal Wildlife Biologists with big game surveys, grizzly bear management, furbearer and track surveys, as well as large scale infra-red camera surveys and capturing and banding waterfowl in cooperation with the U. S. Fish and Wildlife Service. His current duties include grizzly bear management, research and monitoring.  He is also involved with other Tribal Wildlife Biologists, as well as USDA Wildlife Services personnel in managing wolf conflict.  Stacy also oversees furbearers, forest carnivores and big game populations and management on the Reservation.