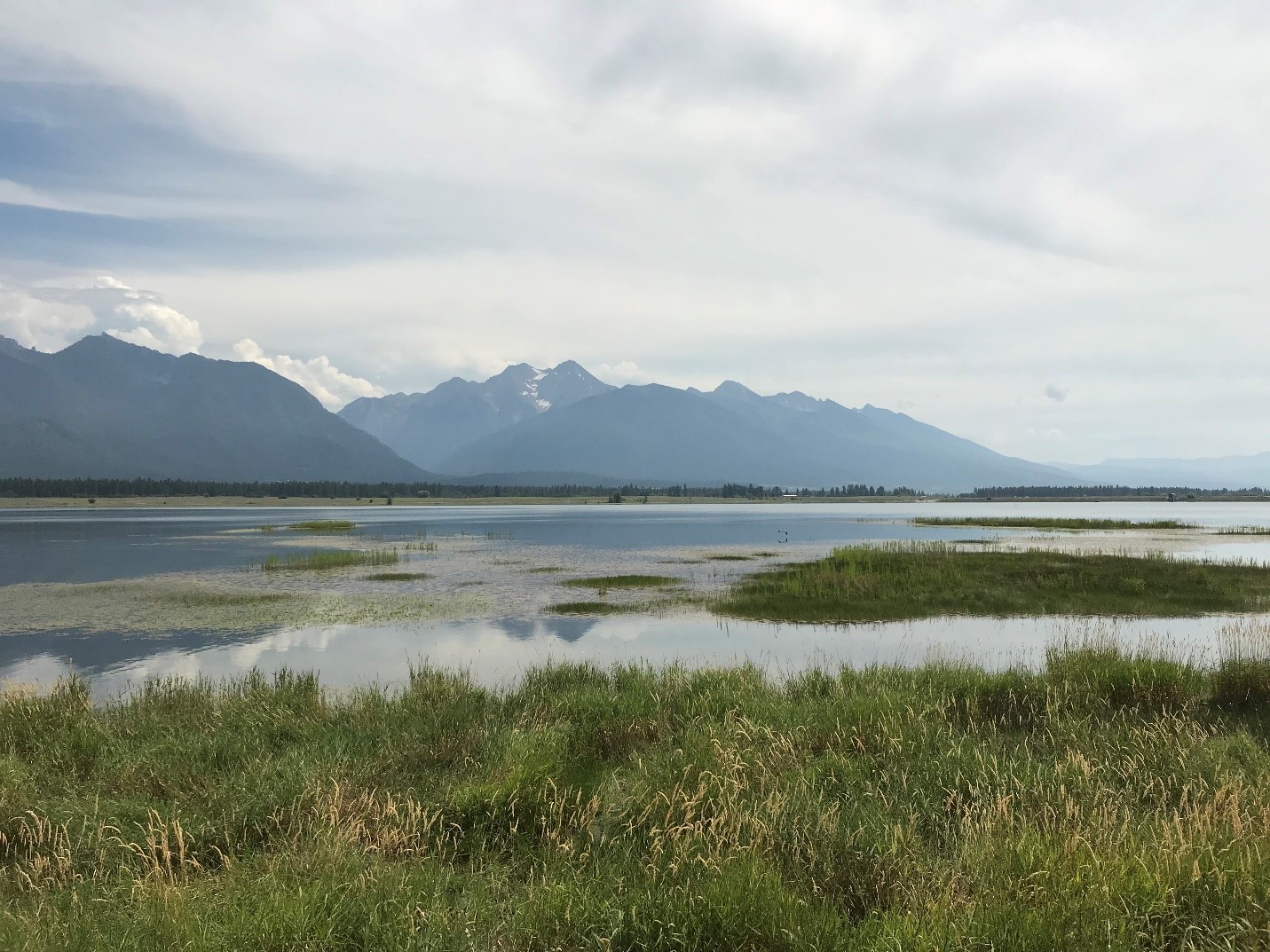 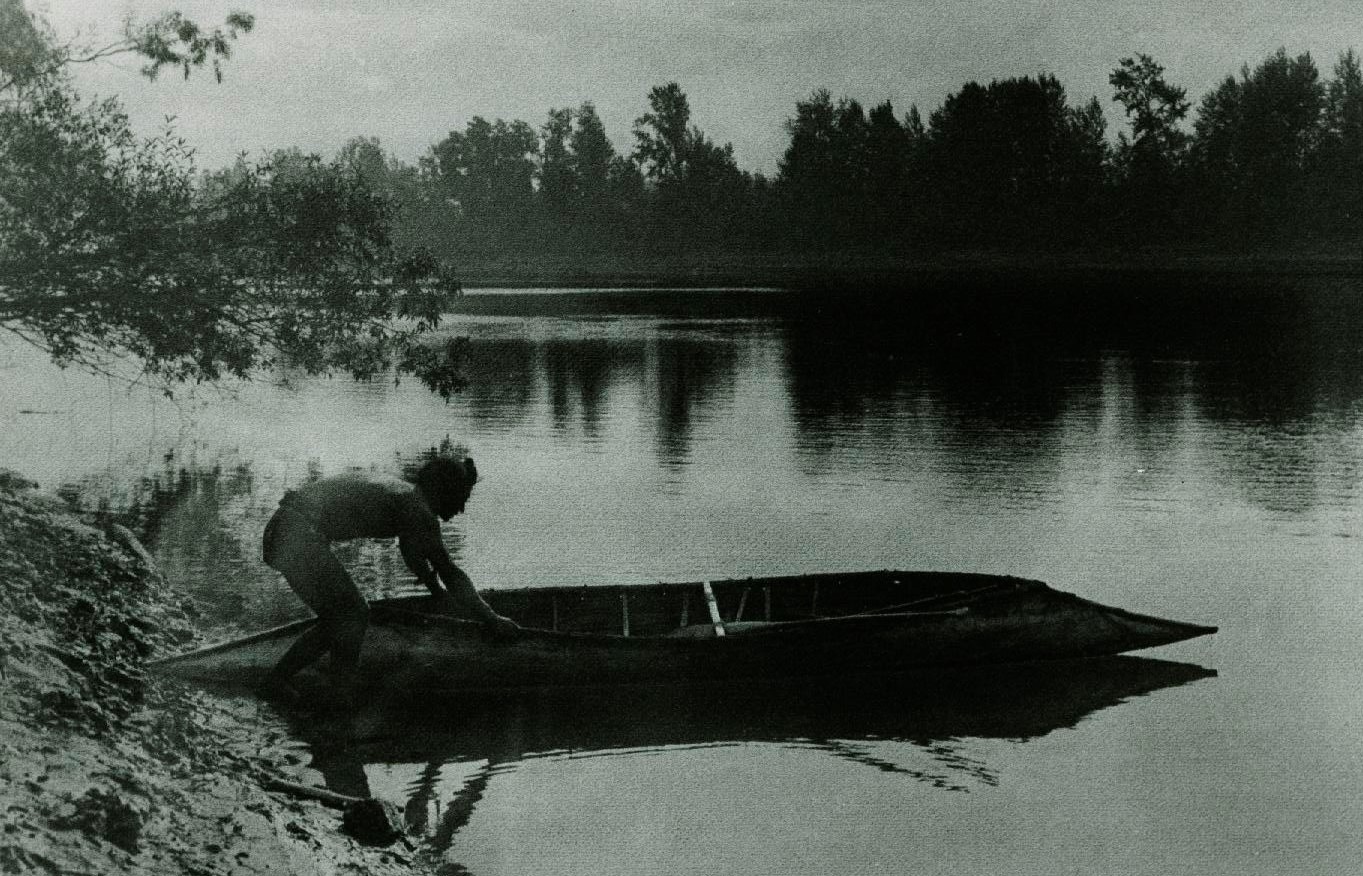 Caption: Canoeing the Kootenai River in a yaqsuʾmiⱡ (Kootenai for sturgeon-nose canoe)

“As you might know, the name “Kootenai” is actually a northern Dine word that means “River people”. It comes from early explorers’ movement west in what is now Alberta, Canada. When they contacted and traded with the Northern Dine living on the northern plains they asked who the neighboring tribe was to the west of them in the mountains. The Northern Dine name for us was Kootenai.

Much of the traditional lifestyle of the Kootenai people centers on water. The “Crown of the Continent” is in the heart of Kootenai territory. The sturgeon nose canoe that is a cultural hallmark of the Kootenai people is indicative of our relationship with the water. The canoe design and construction comes from the pre-human period often referred to in the Coyote Stories and is symbolic of the spiritual relationship the people have with water. The rivers and waterways were the highways of the people prior to the arrival of the horse. The highway or road or trail a person travels is a metaphor for their journey in life so you can see why maintaining calm, clean waterways has a direct impact on life itself. Wetlands produce much of the foods and medicines that are important for the survival of the Kootenai people. So not only do the people have a historic spiritual cultural connection to wetlands they also have a physical subsistence connection as well.”

Séliš, Ksanka, and Ql̓ispé peoples have depended on diverse wetland resources in this region for generations. Today, Natives and non-Natives alike cherish the wetlands of the Flathead Indian Reservation for the opportunities they provide in fishing, wildlife watching, hunting, gathering, birding, photography, and more.

Wetland habitats are extremely diverse and difficult to define. They contain one or more of the following three components:

A wide variety of wetland types can be found within the Reservation, including potholes, ponds, wet meadows, side-hill seeps, fens, lake fringe and riverine floodplains.

The Many Values of Wetlands

Wetlands benefit people and wildlife in many ways:

Wetlands are often misunderstood and many have been intentionally or unintentionally impacted or destroyed.  Studies have estimated that twenty-two states within the US have lost over 50% of their wetland area within the past 250 years.  California is shown to have the highest loss (91%). Montana has lost 27% of its original wetland acreage.  Many of the remaining wetlands have been degraded and lost their functional value.  The reasons for these losses are complex and numerous:

The Wetlands Conservation Program serves many purposes. First and foremost, it maintains CSKT’s Wetland Conservation Plan (1999), with the goal of ‘no net loss’ of wetland acreage or function. To achieve this goal, the program provides:

How YOU can protect our wetlands